Moving on from the Old Covenant to the New Covenant…well, before we move on let me remind you that covenants define God’s relationship with man. And what is it that has damaged this relationship? Exactly right! (You did think “sin” didn’t you?) Here is a passage from the book of Romans that speaks to the consequences of sin:

For the wages of sin is death, but the gift of God is eternal life in Christ Jesus our Lord. (Romans 6:23)

Notice that the word used in Romans 6:23 is “sin” and not “sins.” In other words one sin causes “death.” Though it is true that one of the consequences of the original sin in the Garden of Eden was physical death, the passage I just quoted is speaking of spiritual death. Throughout the Bible, “death” means separation from God. Moreover, “life” means having a relationship with God, or being with God. Much of the time when you see “life” or “death” in the Bible, it is referring to spiritual things and not just the difference between having a heartbeat and not having a heartbeat. Knowing this gives new meaning to Scriptures like the one above and the words below that Jesus spoke:

The thief comes only to steal and kill and destroy; I have come that they may have life, and have it to the full. (John 10:10)

2 because through Christ Jesus the law of the Spirit who gives life has set you free from the law of sin and death.

The law of the Spirit is the law we are under in the New Covenant. Our “law” is whatever is revealed to us from God’s Spirit to our spirit. This is a relationship, not a religion. We Christians have been set free from not only our sins, but also “the law of sin and death.” I know, I know, that sounds a bit harsh for a law that was given by God to His people! But allow me to explain. The Law is religion, and remember, it is exactly what man desired at that time. The Hebrew people asked Moses for rules and regulations rather than direct communication with God. In other words they chose religion over relationship, and yes it was harsh. It is referred to as “the law of sin and death” precisely because it demonstrated those exact points. When you fall short of God’s standard, it is called sin and the wages of sin is death. Again, Paul sums up the very point that the Law demonstrated in these two passages:

Romans 3 – 23 for all have sinned and fall short of the glory of God, And the before mentioned: For the wages of sin is death, but the gift of God is eternal life in Christ Jesus our Lord.

The New Covenant does away with the Law, it frees those who receive Jesus from being held to a law that continuously pounds home the point that they are sinners (fall short of the glory of God) and death follows sin. Jesus lived His life perfectly according to the Law, and then gave Himself as a blood sacrifice for all of our sins. We no longer have to cover our sins by the blood of a spotless lamb because a much more precious ransom was paid on our behalf: the blood of Jesus who is called the “Lamb of God”. Once you say “yes” to Jesus, once you ask for that sacrifice to be applied to your sins, Jesus’s perfect life according to the Law is applied to you. His righteousness is imparted to you. In other words, you are sin free and righteous, able to be in the presence of God. You have been cleared of all sin and unrighteousness which also means all guilt and condemnation. Anything you have done to bring about those things has been paid for by Jesus. This has nothing to do with your conduct as was the case in under the Law. Instead, it is based on Jesus, His conduct and His sacrifice. You are guilt-free (because He was), you do not need to be ashamed (because of Him), and you are the righteousness of God (in Him).

One final point. Being free from the Law in the New Covenant does not mean that you are free to sin. It may sound funny to hear that we are not “bound” to the Ten Commandments, for example. Let’s take one of the Ten Commandments, “You shall not murder.” Are we free to ignore this? Of course not! We are free from the Law of sin and death, and receive the law of the Spirit who gives life. When the Hebrew people asked for rules from God, it was God who said “You shall not murder.” That same Spirit (God) is not going to turn around and allow someone who is listening to Him to commit murder. As a matter of fact, since the Holy Spirit already instructed God’s people “you shall not murder,” you can rest assured that any inkling in you to commit such an act is not from God. We do see commands in the New Testament/New Covenant, but those commands are not to make ourselves presentable for God. That has already been accomplished by Jesus. In the New Testament/New Covenant the commandments are a response to what God has already done for you. This is a significant difference between the Old Covenant and the New Covenant. In closing I would encourage you–actually I would beg you if I thought it would matter–to enter into this New Covenant by saying “yes” to Jesus and all that He offers: Forgiveness of sin, freedom from the Law, and relationship with God, just to name a few.

Receive Jesus – A concept you will hear by many names. Let’s see: Being saved, born again, becoming a Christian, praying the sinner’s prayer, receiving Jesus as Lord and Savior, coming to know the Lord… all mean you realize you need help (help with your sins, help finding God, help being forgiven….) and say “yes” to Jesus in your life. Yes to His sacrifice for your sins, yes to an ongoing relationship with Him, yes to Him as your Lord. You become acceptable to God (forgiven, righteous) only through Jesus. There is no other way.

Scripture – Sacred writings. The Bible, or passages from it, are often referred to as “Scripture.”

3 thoughts on “ABCs of Christianity: The New Covenant” 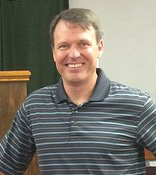 My aim is for you, if you have been frustrated having heard doctrinal debates, denominational positions and theological speak, to come; and leave encouraged and enlightened by the life changing truth of the Bible presented in a clear and concise way. Feel free to subscribe or leave a comment. God bless!
Loading Comments...
%d bloggers like this: